Spanish lotteries are world famous lottery entertainment with millions of people taking part in this community game all over the world. For Spaniards, the lottery is not just a mode of enjoyment, it is a tradition of celebration. Some of the most popular lotteries have originated in this country. Amongst them, the most popular is considered as Loteria de Navidad which is also known as ElGordo. Sources suggest that every year almost everyone country watches the broadcast of this event live on TV. People of Spain have a tradition of celebrating events. From Valentine’s to Christmas, every event is enjoyed the by the whole country. According to the local population, the lottery is an entertainment sport that brings the nation together. Spanish Christmas lottery 2018 will be celebrated on the 22nd of December this year.

Spanish lottery traditions date back to two centuries ago and hold a unique cultural value for Spaniards.Loteria de Navidad has been organized in Spain since the beginning of the 19thcentury and is considered as the second longest running lottery in the world. The event has inspired the local population during the toughest of times including the Spanish civil war. Considered by many, the Spanish Christmas lottery sold over 165 million tickets worldwide. It is expected that the Spanish Christmas lottery 2018 will be no different. 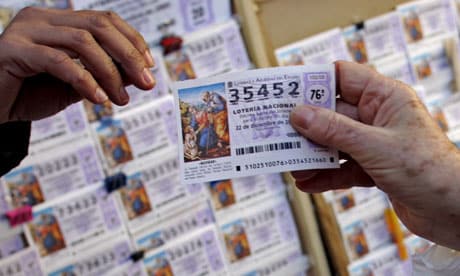 Each year the Loterias y Apuestas del Estado a branch of Spanish Public Administration organizes this world-famous lottery by issuing over 100,000 unique tickets. Tickets are further spread out into different series to increase the number of participants in the game. The tickets are available to the general public through a number of official lottery ticket outlets all over the country. Since the tickets are distributed through private and commercial resources, almost everyone in the country takes part in the event. The lottery outlet that sold prior year’s grand prize winner becomes a location of lottery pilgrimage. People stand in queues to purchase their ticket from this location the next year. Interestingly enough, the grand prize winner may come from a shop in a metropolis or from a small village in the country suburbs.

Interest facts about this lottery

There some interesting facts associated with Loteria de Navidad or El Gordo as it is commonly known around the world. The lottery is the talk of the town throughout the Christmas season. People talk about different aspects of the lottery including their ticket price and the place they bought their ticket from. The world-renowned National Hall which lies in Madrid holds extravagant show where students sing the winner number on the day of the event. The last a total of three hours which is the usual time it takes the lottery to complete.

To maintain the traditional heritage of this game, organizers use the same apparatus that was used hundreds of years ago. The lottery consists of 100,000 wooden balls each weighing 3 grams and being 19mm in diameter. The raffle prize of this game is one of the highest in the world with a prize money that can go up to EUR 2.25 billion. The lottery provides over 27 million ways for contestants to win prize money as low as 20 Euros or as high as several million Euros. For this very reason, the world calls this lottery, El Gordo, which means the fat one.

The complete name of the Spanish Christmas lottery is El SorteoExtraordinario de Navidad. The winning chances in this lottery are a lot as there are many tiers to the game prizes. Although chances of winning the main prize are 100,000 to 1, people treat this game as a mode of celebrating the spirit of the game. The top prize is worth € 4 million the lottery gives every third person a chance to win some amount of prize money in the game. The total prize money for the Spanish Christmas lottery 2018 will be around EUR 3.28 billion. The prize distribution for the top ten winners will be as follows:

Elgordo is famous all over the world, in fact, the administration sells the tickets to this game online as well. This allows people from different parts of the world other than Spain to take part in this lottery. People can pay for their tickets through many different electronic methods including credit cards. The online selling of raffle tickets to this game has expanded the customer base of this lottery to nearly 28 million players. Online lottery tickets are available in different impressions on the tickets. The ticket is designed differently for different countries. For the American audience, the online lottery ticket is named ‘power ball’ while for Australian audience it is called OZ Lotto.

There are many benefits to offering Loteria de Navidad to online participants. It increases the number of players and also increases the popularity of the game. Spaniards who cannot celebrate Christmas with their families can be part of their local community through these online platforms. Online tickets also help in reducing queues and reducing the administrative expenses for printing and managing paper tickets. All in all, the ‘fat one’ or the Elgordo has grown a lot with time, it has been celebrated for centuries and now attracts the millennial population also through its colorful designs and strong marketing techniques.

Anyone who is willing to experience the Spanish cultural celebrations should take part in the Spanish Christmas lottery 2018. It is an event that has been preserved for centuries, and provides maximum chances to its participants to win and enjoy the Christmas season with friends and family.